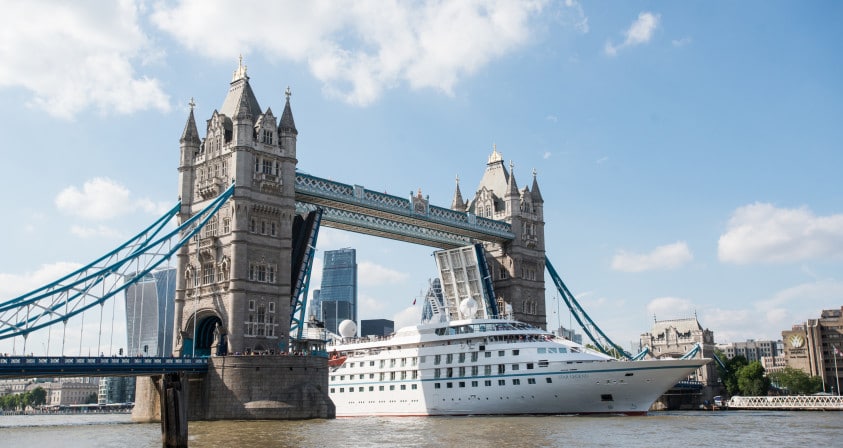 Windstar Cruises continues to highlight influential women within the travel industry by announcing Gloria Bohan, president and CEO of

The company is adding two yachts to its fleet in May of 2015: the 212-passenger Star Legend and Star Breeze. The addition of these two ships make the company the market leader in small ship cruising with 300 or fewer passengers, with a total of 1,242 berths. Star Legend will set sail from Rome to Barcelona, May 25-31, 2015, with stops in Portoferraio, Portofino, Monte Carlo, Sanary-sur-Mer, and Sète.

A seasoned travel executive and entrepreneur, Bohan brings over four decades of experience, expertise, and knowledge to the travel industry. She is the founder of Omega World Travel, the largest travel agency founded, operated, and majority-owned by a woman. Bohan is a travel industry leader with expertise that crosses all aspects of travel including corporate, government, meetings, vacations, and cruises.

Bohan sailed with Windstar for the first time in November, 2014 and enjoyed every minute of her experience. “I am so pleased to solidify my relationship with Windstar through my appointment as Godmother,” says Bohan, “It’s an honor to represent such beautiful ships, sailing such magnificent itineraries, and offering guests a true country club lifestyle experience. Windstar has really created a special sailing experience.”

Windstar will unveil the Star Legend on May 25 at a Christening Ceremony in Rome, hosted by Bohan as Godmother. The ceremony involves a pier-side celebration and ceremonial champagne bottle breaking across the yacht’s bow.

“We are honored to have Gloria serve in the prestigious role of Godmother of Star Legend. She is well respected in the travel industry, and a valued trade partner,” says Hans Birkholz, CEO of Windstar Cruises. “Gloria is active with several philanthropic organizations and passionate about mentoring other entrepreneurs. Her entrepreneurial spirit aligns with Windstar’s own philosophy, and we are delighted to partner with her.”

In March Windstar announced female travel influencer Wendy Perrin as the Godmother for the Star Breeze, Windstar’s other addition to its fleet in 2015, which launches on May 6, 2015. Both Star Legend and Star Breeze underwent $8.5 million complete stem-to-stern renovations with new public spaces, suites, and dining venues. The addition of these vessels, as well as the Star Pride that debuted in May of 2014, is allowing the company to sail to new destinations in 2015 including Iceland, as well as year-round sailings in Tahiti.

About Gloria Bohan
A seasoned travel professional, Gloria brings over four decades of experience, expertise and knowledge to the travel industry. Since founding Omega World Travel in 1972, she’s become one of the top female business owners in the United States, growing Omega to a billion dollar international enterprise. Gloria accomplished this by forging a reputation as an industry leader with expertise that crosses all aspects of travel including corporate, government, meetings, vacations and cruises. She is active with several philanthropic organizations and civic groups and passionate about mentoring other entrepreneurs through educational programs and like-minded advocacy groups.