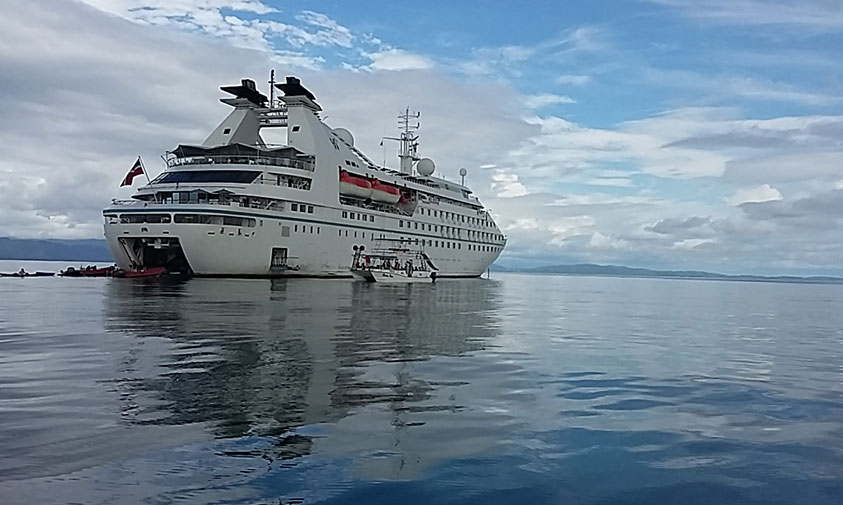 “This perfect 100 score from the CDC underscores Windstar’s commitment to being the best of the best in small ship cruising in everything that we do,” noted Windstar President John Delaney. “Wherever we sail in the world across our fleet of six small ships, calling at hundreds of ports in dozens of countries, we hold ourselves accountable to achieving this same level of excellence in all aspects of our operations. I’m incredibly proud of our officers and crew for their efforts in achieving this perfect score.”

A part of the Vessel Sanitation Program, CDC inspections are unannounced and required for all passenger ships that call at U.S. ports. Conducted by United States Public Health Service officials, ships are rated on a 100-point scale assessing how well ships are operating and maintaining prescribed standards. Scores are compiled from the ratings of dozens of areas across the vessel including hotel accommodations, galleys, dining rooms, pools/whirlpools, medical facilities, public areas, water and ventilation systems and more; and provide evaluation of and guidance on operations, documentation, policies and procedures, maintenance, food protection (sourcing, storage, preparation, and service), employee health and hygiene, and overall cleanliness of the ship.

Evaluated in the small vessel category (3,001-15,000 gross registered tons – GRT), the 106 all-suite MV Star Legend at 440 feet long and 9,975 gross registered tons, carries 212-guests and 153 crew and is one of the world’s leading luxury small ships. In addition to the Caribbean, the yacht sails to dozens of ports around the world including Europe with Iceland, and will soon sail on cruises to Arabia and Asia at the end of 2017 embarking on a landmark 2018 winter-spring season in Asia offering a dozen departures that will visit the exotic ports of Vietnam, Thailand, Japan, and China, among others.

Windstar employs 130-plus shore side staff based at the line’s corporate headquarters in Seattle and has more than 1,200 ship international staff and crew across the six-ship yacht fleet. The leader in small ship cruising and offering more than 250 cruises annually sailing to 170 ports worldwide, the company recently won the “10Best” award as #1 Best Boutique Cruise Line voted on by readers of USA Today and was named to Condé Nast Traveler’s 2017 Gold List.

For additional information on private yacht-style cruising with Windstar, contact a travel professional or Windstar Cruises by phone at 877-958-7718, or visit https://www.windstarcruises.com.