Step Back in Time to the Height of the Spanish Empire: Panama Canal, Cartagena, San Blas Islands & More

Windstar’s Panama Canal, Cartagena, San Blas Islands & More cruise, between Panama and Aruba, is a new way to see one of the world’s most astounding engineering feats while immersing yourself in the diverse cultures of Latin America and enjoying some of the best beaches and untouched wilderness areas in the Caribbean.

You’ll have a front row seat during a daylight crossing of the Panama Canal, as you travel through lush jungle between the Pacific and Atlantic oceans on man’s most ingenious shortcut. You’ll also experience Panamanian and Colombian islands teaming with wildlife.

Admire the fish as you snorkel in pristine coral reefs, and the many species of birds – and such creatures as sloths and caimans – in rainforest and mangroves. Relax on some of the most beautiful beaches in South America – including during Windstar’s signature beach BBQ event. And admire the impressive Spanish colonial buildings in Cartagena, Colombia – where you’ll also find jewelry stores filled with sparkling Colombian emeralds.

This is an itinerary of many dimensions appealing to history buffs, nature lovers, and culture-vultures alike. Here are some highlights.

Your exciting adventure starts near Panama City, at the closest port to the Pacific entrance to the Panama Canal. A quick cab from the pier will get you to one of the area’s must-see sights, the Frank Gehry-designed Biomuseuo, impressive both for its brightly colored architecture and exhibits highlighting the unique biodiversity that resulted from combining the Atlantic and Pacific. Reserve time in Panama City to stroll the cobblestone streets past colorful colonial-era homes and landmarks such as the 18th century Cathedral Basilica St. Mary in the Casco Antiguo (also known as Casco Viejo), the old city. 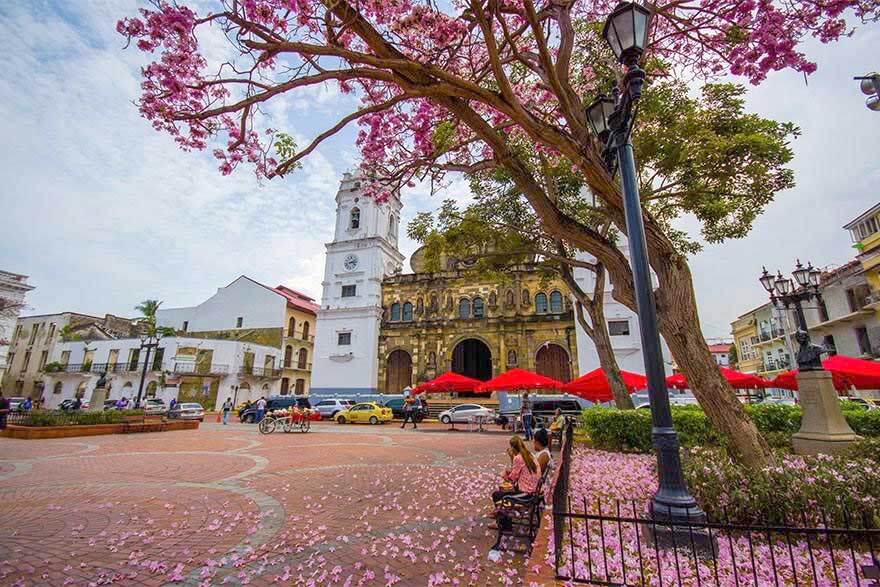 Balboa is one of the busiest container ports in the world, with its own fascinating attraction in the boats, ships, and even submarines that line up to cross through the Canal. It’s also a good place to shop for Molas, layered fabric pieces pattered with intricate needlework, made exclusively by Guna indigenous women from Panama and Colombia.

During a daytime crossing of the 50-mile-long Panama Canal, your ship is raised 85 feet from sea level, sails across Gatún Lake, and is lowered back to sea level. This takes place through a series of locks named for the places where they are located – Miraflores, Pedro Miguel, and Gatún. Your intimate Windstar yacht will be among the 13,000 to 14,000 ships that use the Canal each year as a shortcut to connect the Pacific and Atlantic oceans; the alternative is a long, sometimes tough voyage around Cape Horn at the southern tip of South America. Other vessels will share your space – perhaps a container ship or another yacht will join you in a lock.

Catch views from many vantage points, including while you sip your latte in your ship’s Yacht Club, with its floor-to-ceiling windows and coffee bar. From the outdoor decks, listen to the screech of howler monkeys in the distance, spot some of the more than 500 species of birds on the banks of canal, and wave to the drivers of the “mules” (electric locomotives), equipped with ropes to guide your ship through the Canal’s locks and gates. 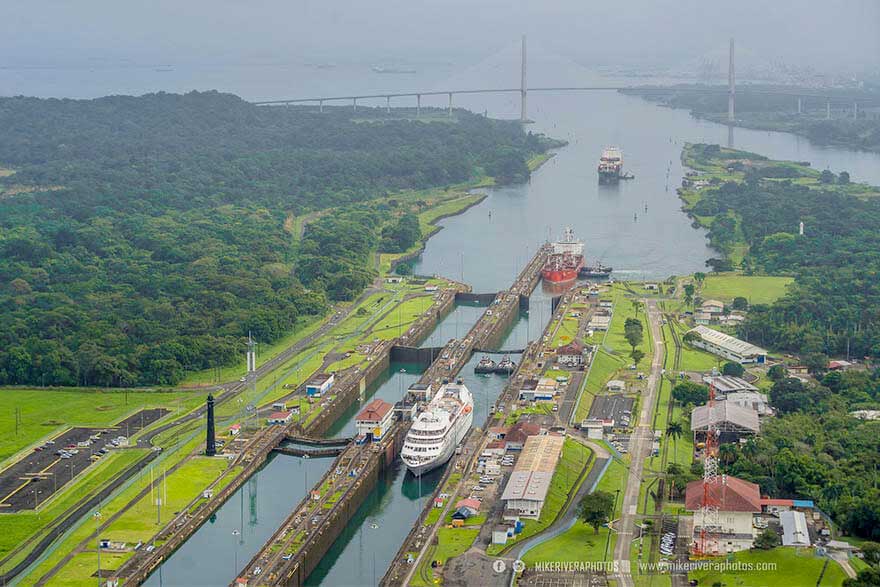 An expert will be onboard to explain the history of the passageway – conceived by the Spanish, attempted by the French, finished by the U.S. and opened in 1914. It’s a story of tragedy and triumph. A canal crossing is the kind of once-in-a-lifetime travel experience that will long linger in your memory.

Visited by Christopher Columbus in 1502, Bocas Del Toro is the capital of Bastimentos Island and home to colorful Caribbean-style clapboard houses built in the early 20th century by the United Fruit Company, an American firm and large producer of bananas. It’s a laidback, friendly place with a host of nearby eco-attractions: Some of the best white-sand beaches in the Caribbean, impressive coral formations, and wildlife such as bottlenose dolphins, sloths and rare red frogs. 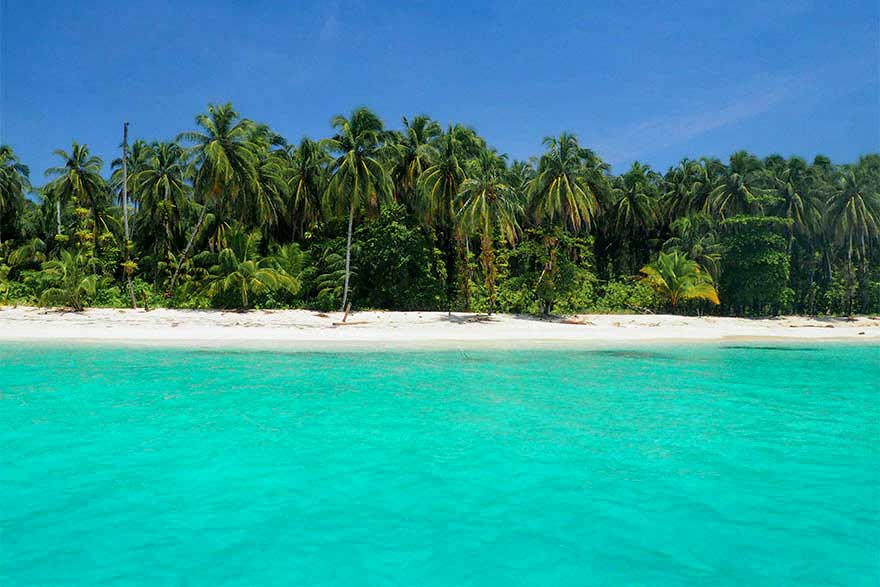 Many of the natural sights – including islands with untouched beaches – are protected in Panama’s 82-square-mile National Marine Park Isla Bastimentos, and it’s well worth an excursion to explore parts of the nature paradise, whether snorkeling or hiking.

An archipelago of 378 islands and cays, the San Blas, also knows as Guna Yala, are owned and managed by the Guna indigenous group. Only a few dozen of the islands are populated.

The remote white-sand beaches and swaying palms attract Panamanians and other tourists as does the coral reef with the kind of crystal-clear water you dream about for snorkeling or kayaking – sometimes with the company of dolphins, sharks and giant manta rays. To learn more about the Guna people, book a tour to one of the thatched-hut villages. There will be opportunity to by colorful Molas crafts (using U.S. dollars). 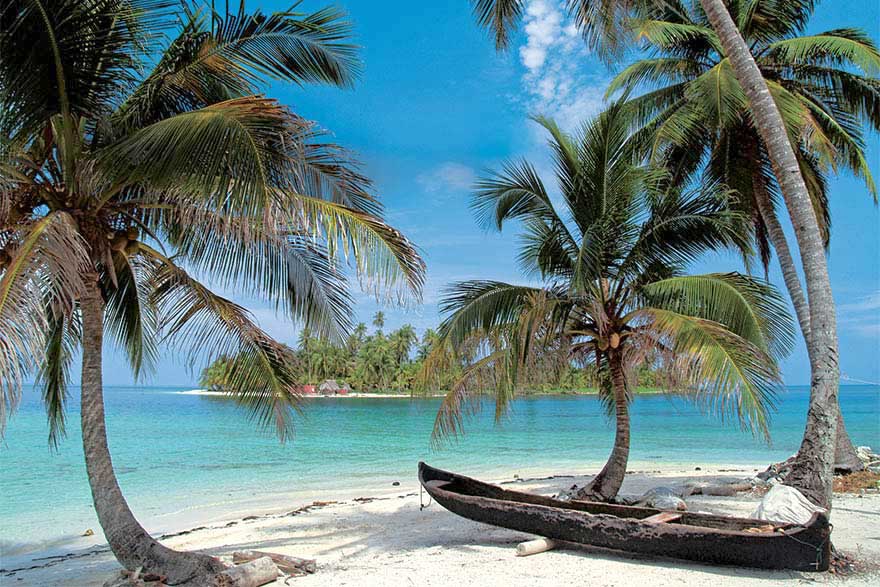 Your Windstar ship, Star Legend, will have its marina open at the aft, so you can jump right off the ship into the sea or borrow kayaks or standup paddleboards to explore on your own in pristine waters, past uninhabited islands covered in jungle, and forget the rest of the world.

A joy of the city of Cartagena is walking the narrow streets and plazas of the historic center, a UNESCO World Heritage Site, with its restored Andalusian-style palaces, colorful colonial homes, cathedral, and churches.

Once one of the more important Caribbean port cities, Cartagena also has the most extensive fortifications in South America – including the massive 17th century Castillo San Felipe de Barajas fortress, considered one of the most important works of Spanish military engineering in Latin America. 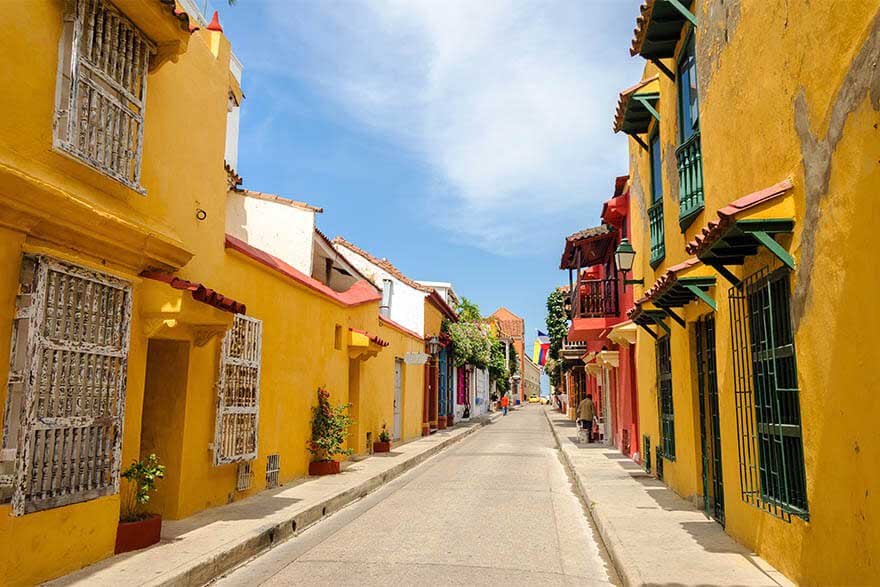 Cultural attractions abound whether you are interested in Colombian coffee, chocolate, or native emeralds. Stop by the Las Bóvedas, once a dungeon, to peruse galleries and boutiques, and learn about Peter Claver, the patron saint of slaves, at the Iglesia y Convento San Pedro de Claver, a convent founded in the 17thcentury.

Bird lovers will not want to miss the flamingoes, macaws, and Andean condors and other species at the National Aviary, where you will find a wealth of examples to support the fact that Colombia has more than 1,900 bird species: More bird diversity than anywhere else.

Colombia’s oldest European-founded city is home to gentle bays and beaches with the backdrop of the snow-capped peaks of the Sierra Nevada de Santa Marta, the highest coastal mountain range in the world.

In the city you can visit the hacienda where Simón Bolivar, who led Venezuela to independence from Spain in 1821, died in in 1830; and the Tayrona Gold Museum, displaying pre-Colombian gold and other artifacts. 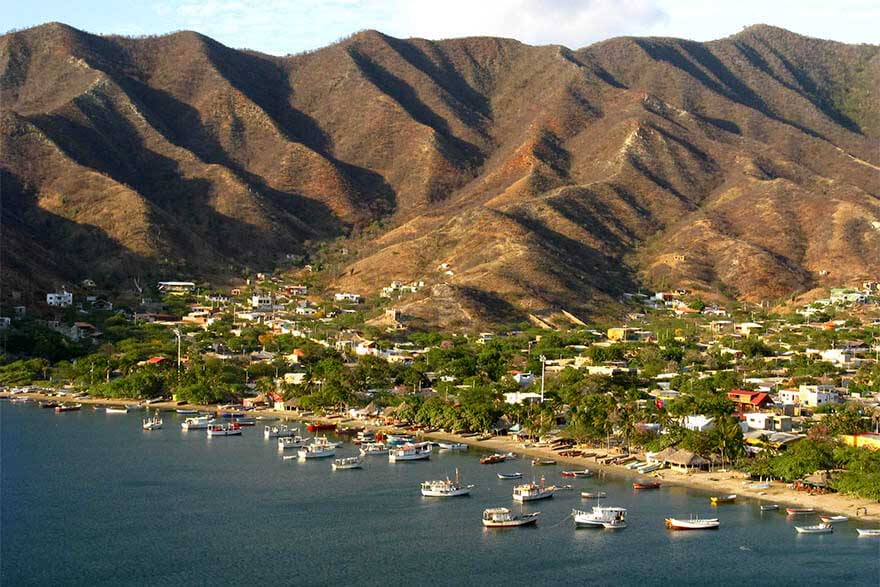 The big nature calling card is just outside the city, the Parque Nacional Natural Tayrona, with its golden-sand beaches and crystal waters, lush vegetation, unusual rock formations, and the mountains as backdrop. It’s part of the ancestral territories of the Kankuamo, Kogui, Wiwa and Arhuaco indigenous communities. Their home contains what are considered some of the best beaches in Latin America – plus such wildlife opportunities as seeing Andean condors in their natural habitat.

Before you head off for home after an action-filled week, enjoy lively Oranjestad with its colorful Dutch- and Spanish-influenced architecture, cafes, boutiques and galleries or visit some of the most sparkling beaches in the Caribbean.

Elsewhere on the island, catch views from the top of the old stone California Lighthouse, opened in 1916 and named for the British steamship S.S. California, which sunk offshore in 1891, and is now a popular diving spot. 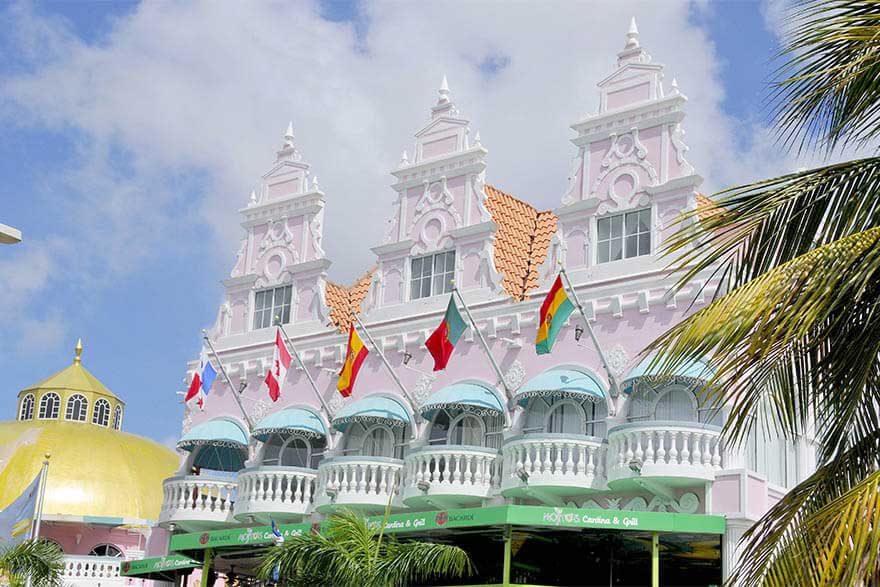 The much-photographed massive coral limestone natural bridge at Arikok National Park collapsed in 2005, but there’s a natural Baby Bridge, 25 feet long and a few feet above the sea. Have someone snap a photo as you walk across, one last memory from your bucket list cruise.