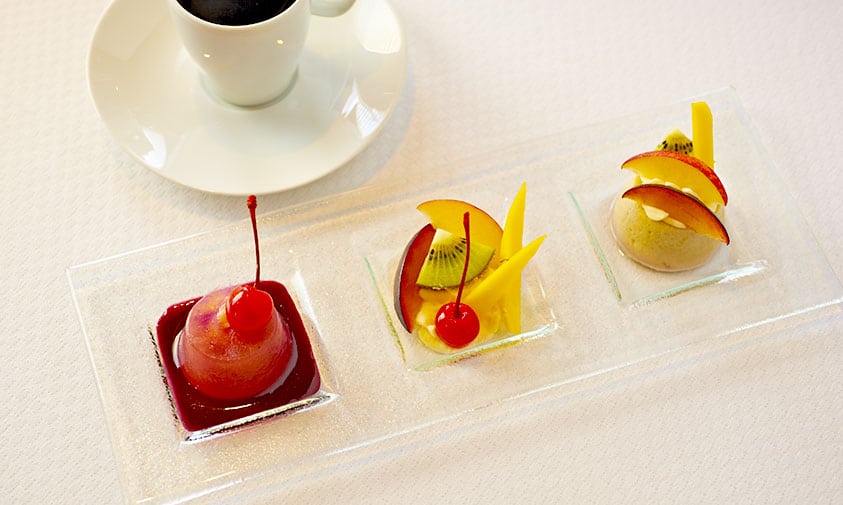 Windstar is proud to announce

the appointment of Graeme Cockburn as Corporate Executive Chef overseeing menu and recipe development; culinary talent retention, recruitment and training; culinary partnerships, standards and procedures, and innovations for the six-ship cruise line. Recently named Official Cruise Line of the James Beard Foundation, the leading line in small ship cruises places a distinct emphasis on an elevated culinary experience on board and ashore.

“We are energized by welcoming aboard Graeme to round out our team of experienced and inspired culinary professionals. Graeme’s breadth of experience and caliber of cuisine will enhance our cruise guests’ experience exponentially to rival the best land restaurants, hotels and resorts,” remarked Peter Tobler, Director of Hotel Operations.

Chef Cockburn is responsible for elevating the guest dining experience by developing destination-centric recipes and menu cycles that celebrate the authentic cuisine of the regions where the boutique line sails. Serving up to 148, 212 or 310 guests each cruise, the intimate size of Windstar’s small ships allows the new Corporate Executive Chef to source local ingredients, re-master and expand the popular “Shop with the Chef Local Market Tours,” developing new programs and culinary experiences to further immerse guests in the greater cultural community.

Cockburn has enjoyed an illustrious career established early on as an innovator affiliated with the crème de la crème of cuisine, including formative training at world-famous The Gleneagles Hotel, Scotland, the Royal Scotsman train, London’s exclusive Boodles private club, and the Pompadour Restaurant Edinburgh which was named top restaurant of Scotland during Cockburn’s tenure. The celebrated chef trained with Michelin-awarded chefs including; Michel Roux, London; Michel Guerard, South of France; and at the Hotel De Crillon, Paris.

Cockburn answered the allure of travel when recruited by the venerable Cunard line to introduce the Queen Mary II. Cockburn went on to establish a name synonymous with success in the cruise industry also working in various culinary capacities for Princess Cruises, and Seabourn developing and re-imagining comprehensive culinary operations, Cockburn has partnered with esteemed chefs such as Charlie Palmer, Daniel Boulud, Todd English and Curtis Stone to introduce new cuisine concepts at sea, and has prepared cuisine for audiences live and on television and radio.

Cockburn trained with the prestigious British Transport Hotels (BTH) Group and signed his apprenticeship within the group and attended courses at the Executive Management Leadership Program UCLA Anderson School of Management. He holds a degree in culinary management, and won the following:

Cockburn also won medals and acknowledgments for Cold Larder work within the clubs of London, was invited to cook at Buckingham Palace for the Queen of England at a state honors event, and was invited to perform as guest chef for a charity event for the Culinary School of Alaska in Anchorage.

A native of Scotland, Cockburn will work aboard Windstar’s three sailing ships and three all-suite yachts deployed to destinations around the globe; and will work at times at Windstar’s Seattle headquarters.

For additional information on Windstar’s fleet of six small ships and private yacht-style cruising, contact a travel professional or Windstar Cruises by phone at 877-958-7718, or visit www.windstarcruises.com.