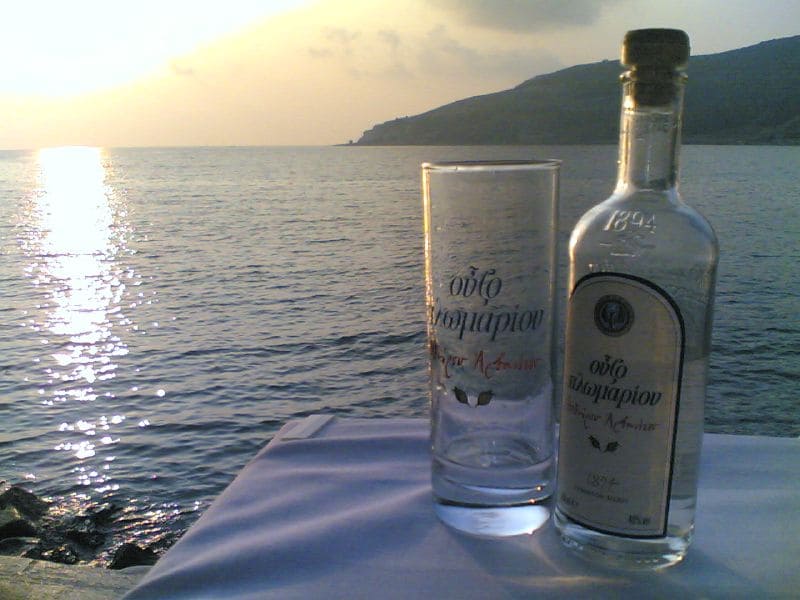 What comes to mind when you think of Greece? Is it the crisp white buildings with rooftops the color of the sea below, the ancient ruins, or the flavors of lemon, olive oil, and oregano? Greece is a country rich in history and natural beauty, and the cuisine of the Greek Isles is no different.

Windstar’s Greek Island Cruises visit Rhodes, Santorini, Mykonos, and Athens, and here are a few of the regional dishes and eating traditions you’ll enjoy in each city. If you’re not quite hungry for adventure, mouth-wateringly fresh food, and exquisite wine at this very moment, you will be by the time you finish reading.

Oregano, thyme, spearmint and rosemary. These earthy seasonings are common flavors in traditional Rhodian fare and compliment the region’s fresh vegetables and locally caught fish. Step into one of Rhodes’ tavernas, a classically Greek style restaurant, and sample mezedes (appetizers) like the melizanosalata (eggplant salad), dolmades (stuffed grape leaves), and saganaki (baked feta), before your main dish of grilled fish or meat (most tavernas specialize in one or the other). Rhodes is known for its desserts, and the honey drizzled over sheep’s-milk yoghurt is rumored to be the best in all of Greece.

A city built on soil rich and fertile from volcanic ash, Santorini is known around the world for the quality of its produce, from the grape plants used to make wine to the eggplants colored white by volcanic soil. Try the chloro cheese, traditionally prepared fresh by local women, the tomatokeftedes (“meat” balls made simply of herbs, tomatoes and butter), or the Fava—an island specialty of yellow peas which are often boiled, pureed, or put into rice dishes and omelets.

Situated right in the heart of the Cyclades islands, Mykonos is known as much for its nightlife as its ultramarine seas and charming white beaches.  Take a break from strolling through the picturesque city and try the renowned local sausage or the kopanisti, a soft and peppery goat cheese. Grilled meat with rice and potatoes is a typical meal, but look for horta (cooked greens), gemista (tomatoes or peppers stuffed with rice), and fasolakia (green beans). Don’t forget to try the retsina (a Greek cousin of wine) and ouzo when you go out at night, either!

When you get back from your tour of Athens’ ancient ruins, take a walk through the balmy streets and try some of the city’s delicious street food. Souvlaki is a popular dish of grilled beef, lamb, or pork served on a round pita with lettuce, tomato and onions, and then rolled into a cone for you to eat while walking. It’s very common and is often considered the Greek equivalent of a hamburger. You’ll also find countless pastry stands on the streets of Athens, serving tyropitta (cheese pies), koulouri (sesame seed covered donuts), galaktoboureko (flaky, custard-filled pastries), and more. You’ll have no trouble eating a full meal on the street and you’ll save money doing it.

The Greek Isles are each unique in their own ways, and regional dishes of the Greek Isles are just as unique. The common thread is an appreciation for quality ingredients, tradition, and a love of the simple act of dining. A typical dinner can go on for hours in Greece, as families slowly work through multiple appetizers, drinks, and dishes.

You’ll come away from your Greek Island cruises with an appreciation for the area’s centuries-old beauty and a new perspective on even the most routine parts of your day.

Have you ever been to Greece? Which foods are you most intrigued by?

Photos used under Creative Commons: 2 & 3 from Wendy, 4 from flixflickr, and 5 from Robyn Lee