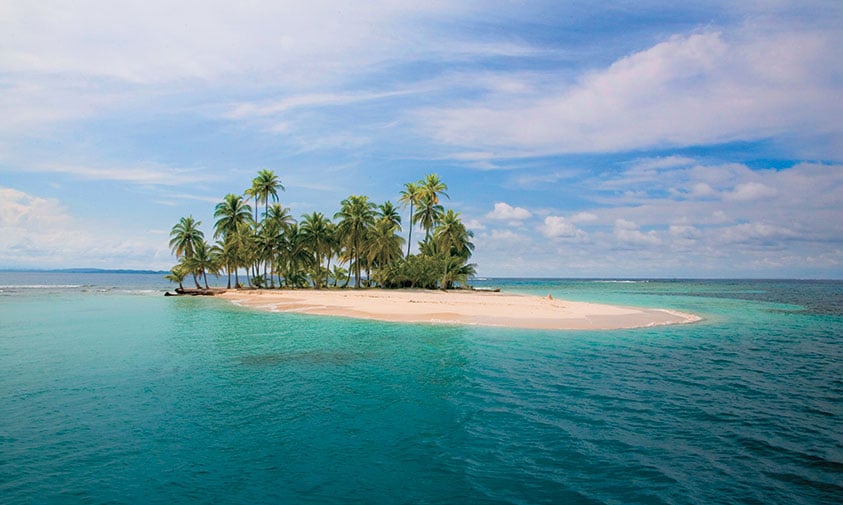 A new set of Panama Canal locks opened for business in summer 2016, creating an additional lane of traffic aimed at allowing mega-ships to transit from Atlantic to Pacific. But as boutique cruise line Windstar Cruises knows, bigger isn’t always better.

We, the small ship cruise company, just won the USAToday 10Best Best Boutique Cruise Line Reader’s Choice Award continue to cruise through the original Panama Canal locks – hailed an engineering marvel due to their elegant design and the fact that the locks are filled and emptied by gravity, without the use of pumps.

“I am very excited to host my first Windstar President’s Cruise aboard the lovely Star Pride cruising to Panama and Costa Rica. Sailing through the Panama Canal is one of my bucket list experiences,” explains Windstar President John Delaney. “It’s iconic for a reason, and we make the week-long journey very accessible with a convenient and action-packed cruise.”

Delaney, who joined Windstar at the helm this summer as its new president, recently announced the addition of a special President’s Cruise on the February 25, 2017 Costa Rica & Panama Canal voyage. The President’s Cruise will help guests get to know Delaney, with several hosted events on board, a special Gala Dinner, commemorative gifts for guests, surprises, and more.

The recently refurbished Star Pride yacht will also be the center of attention as one lucky Windstar guest on the cruise will receive a complimentary upgrade to one of two Owner’s Suites, both of which underwent a complete structural and interior million-dollar makeovers and offer sweeping views along with modern décor. The random drawing for the most luxurious accommodations aboard the elegant Star Pride yacht will take place during the Sail Away party from Colón, Panama.

Choosing this particular itinerary for his official, first annual President’s Cruise was a natural choice, says Delaney. During the 48-mile journey through the historic canal the yacht staff create a memorable day-long celebration for guests that is enriching and full of laid-back fun with a distinct Central American flair.

“Cruising through the Panama Canal is as classic a voyage as you can get, however, no one else does or can transit through this incredible canal like Windstar,” he says. “Our 7-night itinerary adds the rich wildlife, unspoiled beaches, and excitement of Costa Rica while maximizing our guests’ precious vacation time. We provide educational onboard presentations from a knowledgeable Costa Rican naturalist, cultural performances from Costa Rican dance and entertainment troupes, a delicious beach barbecue at our new port of Isla Parida, and an incredible array of active shore excursions like ziplining and kayaking, and visits to remote national parks. Not to mention our unique Watersports Platform for dipping your toes directly into the ocean from your yacht. With all of these experiences, the Panama Canal on Windstar manages to feel entirely classic and fresh at the same time. I can’t wait to experience it myself!”

Windstar recently added a new daylight transit of the canal with a “Canal Crossing Deck Side Festival” offering onboard narration by a local expert `describing both the history of the canal and its day-to-day working as the yacht is raised and lowered 85 feet through the three sets of locks. Numerous observation points on the ship allow unrestricted viewing, either indoors with cool air conditioning or outside on the deck in the warmth and sunshine. On deck, there is festive music provided by onboard musicians, local beverages, and a mobile bar for drink service, as well as a champagne toast with the captain to commemorate the passage.

New for the 2017-18 winter season, Windstar will be adding its classic 4-masted sailing yacht Wind Star, which accommodates an intimate 148 guests, to its Costa Rica & Panama Canal sailings. Akin to the industrial wonder of the Panama Canal, the iconic sailing yacht Wind Star is a sailing marvel all its own and will be right at home in a region boasting consistent winds outside the canal allowing adventurous and romantic cruising under billowing sails. For the 2016-17 season, Windstar’s sleek all-suite power yachts Star Pride and Star Breeze, with just 212 guests onboard, are making the bucket list voyage. The 7-day cruise sails from Colón, Panama, followed by a day at sea experiencing the grand transit of the Panama Canal, then on to the verdant Costa Rican ports of Isla Parida, Golfo Dulce (Puerto Jimenez), Bahia Drake, Quepos, and Puerto Caldera, Costa Rica for disembarkation.

For additional information, contact a travel professional or Windstar Cruises by phone at 877-958-7718, or visit www.windstarcruises.com.