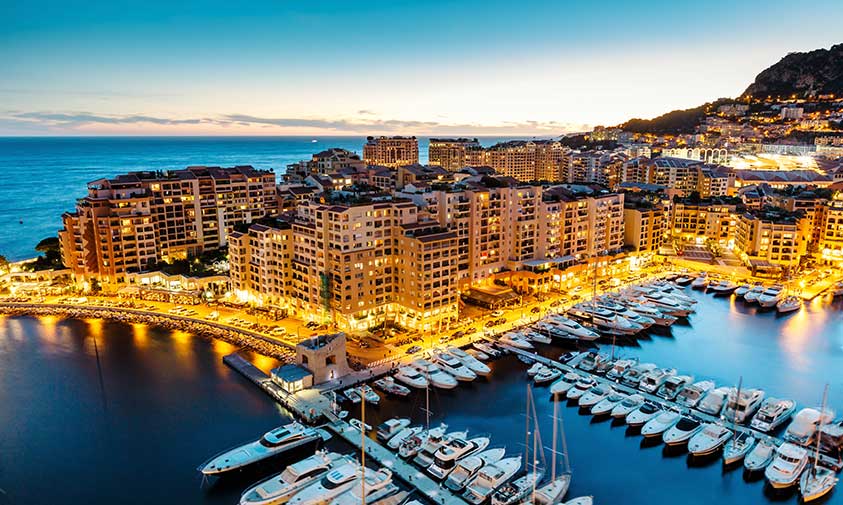 Shh! 6 Mediterranean Ports You’ve Never Heard of … but Wish You Had

Ah, the Mediterranean. A fantasy cruise destination for many. While its major ports with their world-class attractions get all the attention, its quieter ports often reveal the soul of a destination and its people. Sometimes, these smaller harbors are gateways to the Mediterranean’s real treasures.

Here are six worthy of a detour. While large cruise ships can’t dock at these tiny harbors, the yachts of Windstar Cruises do.

Consider Giardini Naxos, a beach-lined village sheltered by a beautiful bay along the Ionian Sea. It’s the jumping off point for Taormina, one of Sicily’s must-see towns. But unlike Windstar, most cruise lines dock at Messina, 33 miles away, instead of Giardini Naxos, making Taormina less convenient to visit.

Just two miles from Giardini Naxos, Taormina is a cliff-top settlement where the Greeks built a spectacularly situated amphitheater, one of Sicily’s most remarkable ruins. You can easily reach Taormina via taxi, bus, or gondola. Views of the town spilling down the hillside will give you pause, as will the public gardens, flush with Mediterranean plants, fountains and ornamental pavilions. Window-shopping and cafés tempt along the car-free Corso Umberto, Taormina’s main drag, while Madonna della Rocca, a tiny church carved into the rock, awaits discovery. Oscar Wilde, Johann Wolfgang von Goethe, and D.H. Lawrence extolled the town’s dreamy setting, and 19th-century Berlin painter Otto Geleng captured its ruins and coastal panoramas on canvas, with the swelling summit of Mt. Etna puffing away in the background.

Like Giardini Naxos, the island of Lipari, located just north of Sicily, also sees relatively few cruise calls (and always by smaller ships). Largest of the eight volcanic Aeolian Islands, Lipari is famed for its caper bush, the buds of which are pickled in vinegar or salt before winding up in your chicken piccata or spaghetti puttanesca. But Lipari also provides easy access to the island of Vulcano, looming just opposite the harbor. Reached by a quick ferry ride and a 2-hour hike, the steaming crater that dominates the island was known in Roman mythology as the chimney for the god Vulcan’s workshop. Down below, mud baths lining the shoreline are a testament to his continuing metallurgy.

Corsica is France’s largest Mediterranean outpost, defined by a chain of mountains lofty enough to lure snowflakes even in spring and fall. Although the town center is just a stone’s throw from the waterfront, Porto Vecchio exhibits a bit of the proud charm of a Tuscan hill town, albeit trimmed by the old saltpans that are still in use today. Follow the coastline south to Plage de Palombaggia, a gorgeous beach lined with pine trees and informal restaurants serving grilled sardines, or trek across the island to the Corsican capital of Ajaccio, another lovely small port.  Napoleon Bonaparte was born in Ajaccio; his family home is now a museum.

Napoleon’s story continues just east, on the Italian island of Elba, where the French emperor was exiled following his forced abdication, before moving on the next year to a little fiasco known as Waterloo. In Elba’s principle town, Portoferraio, you can tour Napoleon’s modest island home, Palazzina dei Mulini, built from two windmills and containing his library from Fontainebleau of more than 2,000 books.

Pastel-colored buildings with red-tiled roofs, outdoor cafés and restaurants, and several small, lovely beaches make the town a delight to explore. Three 16th century Medici forts interconnected by massive walls crown a hilltop, and offer spectacular views of the town and bay. The island — easy to circumnavigate by car in a day — is lusher than many Mediterranean outposts, since its verdant scenery is nourished by underground springs year-round.

There are more famous (and crowded) ports that reveal the French Riviera and Provence, but sunny Sanary-sur-Mer (sometimes called the sunniest place in France) offers access to nearby vineyards that produce some of the finest rosé wines on earth. Beloved for their earthy character and dominant Mourvèdre flavors, some Bandol vines date to the Roman period — even Alexandre Dumas’ Count of Monte Cristo was a fan of Bandol rosés (yes, real men drink pink!). But you needn’t stray far from port to take in Sanary’s colorful morning market held outside the town hall, with the windsurfers enjoying gusty breezes from the Rhône Valley and the traditional wooden fishing boats bobbing in the harbor.

Located 60 miles west of Barcelona, the port city of Tarragona is notable for one of Spain’s most important Roman ruins, Tárraco, a UNESCO World Heritage Site. Some of the ruins are thought to pre-date the Roman period, and the Cuartel de Pilatos may have been the palace of Emperor Augustus. While Tárraco’s 2nd-century amphitheater is largely a reconstruction today, the Ferreres Aqueduct is mostly intact, its double tier of arches spanning more than 700 feet across the valley. Cap it off with a visit to Tarragona’s archaeological museum, where lush mosaics fill out the story of this once-teeming Roman port.

Explore the fishing villages and intimate ports of the Mediterranean aboard Windstar’s small ships. The Treasures of Southern Spain & Morocco itinerary visits Tarragona en route from Lisbon to Barcelona aboard the 148-passenger sailing yacht Wind Star and the 5-masted, 310-passenger Wind Surf. Half of Windstar’s fleet is 212-passenger all-suite yachts — Star Breeze, Star Legend and Star Pride — which take in Portoferraio and Sanary-Sur-Mer on the Glitter & Glam of the Rivieras itinerary along the storied coast from Barcelona to Rome. Lipari and Giardini Naxos are highlights of Enchanting Greece & the Amalfi Coast aboard Wind Star and Star Legend. The sailing yachts Wind Star and Star Pride visit Porto Vecchio and Portoferraio on Islands of the West Med, en route between Rome and Barcelona.

David Swanson is a San Diego-based freelance writer-photographer and contributor to National Geographic Traveler, Westways, the Los Angeles Times and other publications. Follow his travels and insights on Twitter: @DavidHSwanson.