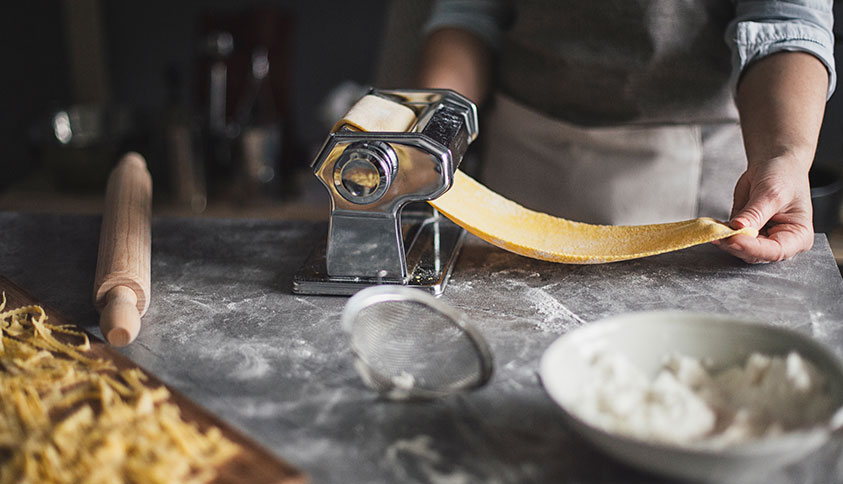 Inspired by his time perusing the stalls of vibrant produce, fresh seafood, and dizzying arrays of cured meats at markets at ports like Tangier, Malaga, and Barcelona, Chef Michel expanded passengers’ exposure to local culture and flavors far beyond the borders of their respective ports of call, by incorporating local ingredients in his nightly dishes.

We asked Chef Michel to describe his experiences exploring local markets with guests, imagining dishes from the freshest ingredients, and cooking aboard his first Windstar cruise.

Q: Have you cruised before?

A: Only once, on a small boat with 75 passengers. This was a remarkably different experience — and one I wouldn’t mind repeating!

Q: Have you ever cooked on a cruise ship before? What was it like?

A: I did cook on the smaller vessel I mentioned. It was challenging because they had limited space and equipment. There also was no connection with the markets in the cities included in the cruise, so there was a disconnect between the food on the boat and the region of the world where the cruise was taking place.

Q: What was your impression of the sailing with Windstar?

A: I was very pleasantly surprised by the entire experience.

Q: Was anything unexpected or different from how you imagined it would be?

A: The facilities were significant, and the existing efforts of the Windstar culinary team to connect with local markets made it so much easier to conduct organized market tours, procure local product and then conduct demos for guests so they could more fully connect with the places they were visiting during the cruise.

Q: What did you think of working with the Windstar Culinary Team?

A: It was a fantastic experience. They were very capable and open-minded. The team provided me with complete support, which made it very easy to conduct the devise and culinary specials as the market tours inspired us.

Q: What was it like shopping for ingredients in port?

A: Windstar Executive Chef Chef Michael Sabourin and Chef Olven were fantastic in their facilitation of the shopping process. They brought along a large cart and cash so we could take passengers from stall to stall, let the local product inspire us, then conceptualize what we were going to cook on the spot. It was pretty awesome to walk around some of the most amazing markets in Europe, point at great food, then have someone pay for it and pick it up!

Q: How was it preparing meals in a yacht’s galley? Any interesting lessons learned?

A: At first, the concept was for me to send along some recipes so ingredients could be sourced in advance, then presented at dinner each night. We would also conduct market tours, then come back and do a demo from the ingredients that inspired us. What we learned worked best — and what the passengers seemed to like most — was to tour the market, then create a demo dish that would then become the dinner special the following day. It gave us an opportunity for the passengers to get a real flavor of the market, witness the creative process, watch and learn from the demo, then taste the results in a finished dish with amazing regional wine sourced by the one-and-only Steve Olson. What could be better?!

Q: Anything else to add in terms of your experience?

A: Everyone I encountered at Windstar was amazing. It’s clear they operate from a core value of genuine hospitality. Whether from the corporate, executive or line staff experience, everyone was a true “hospitalitarian!”

The final James Beard Foundation Culinary Collection itinerary departs from Dublin, Ireland on August 9, featuring Chef Matt Jennings and Pastry Chef Kate Jennings. Chef Matt owns Bostonian restaurant called Townsman and was just awarded by Food & Wine Magazine as one of the Best Restaurants in 2016. The Jennings’ will be joined by Sommelier Kelly Wooldridge, a recipient of Zagat Guide’s “30 Under 30” as well as a finalist in the Chaine des Rotisseurs Jeune Sommelier competition in both 2014 and 2015. As Star Legend sails back down the European coast, guests will enjoy the sights, sounds, and tastes of Bordeaux, France; El Ferrol, Spain; and Porto, Portugal.