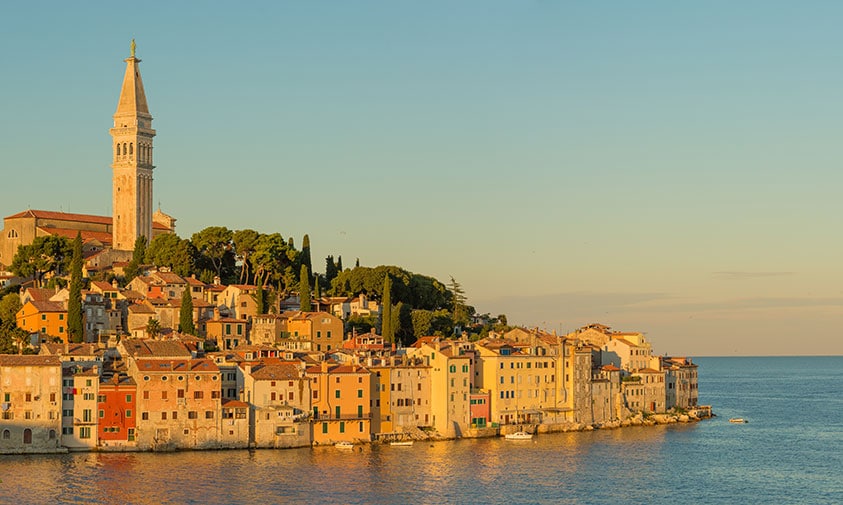 Why is Croatia the New Cruise Hot Spot?

There’s a remarkable country on everyone’s short list these days, a place where visitors return with tales of a spectacular sapphire sea and a coastline dotted with islands, outstanding Mediterranean food and a pantheon of historic cities and villages.

In the past few years, Croatia has been wowing everyone who arrives on its Adriatic shores. Its sights and cuisine compare to those of Italy. No surprise, since many Croatian seafaring towns, such as Rovinj, were built and inhabited by the Venetians.

The best way to arrive is by sea. On a Windstar luxury cruise, you follow the course set by thousands of years of adventurers who plied the waters of this fabled Dalmatian Coast. And discover why this gem of the Adriatic has vaulted to the top of every traveler’s wish list.

The rich heritage of past civilizations is a hallmark of Croatia, a part of the former Yugoslavia whose history also encompasses the glories of Roman civilization.

Windstar yachts anchor close to the famous walled city of Dubrovnik so you can admire its beauty from the ship. Take a quick tender ashore and literally step into Old Town, a UNESCO World Heritage Site where no cars are allowed. At leisure, you can explore such historical sites as the 14th century Franciscan Monastery, Onofrio’s Fountain (dating to 1438), and the 16th century Sponza Palace.

The highlight of visiting the city of Split is Diocletian’s Palace, another UNESCO World Heritage Site, dating back to 295 A.D., and more recently a film location for Game of Thrones, as is Dubrovnik, too.

Croatia has plenty of other standouts, such as Motovun, a walled hilltop town that has preserved the Romanesque, Gothic, and Renaissance buildings that line its medieval streets. There’s also coastal Pula, yet another UNESCO World Heritage Site, best known for its many surviving ancient Roman buildings, including a revered 1st century amphitheater. Korcula, an island settled by the Venetians, harbors what many believe to be the birthplace of Marco Polo.

Why does everyone rave about the food and wine of Croatia? In part, it’s because it shares so much with Italian cuisine and is familiar to visitors’ palates. But Croatia also produces distinctive olives oils, cheeses, and wine. Not far from the city of Split, Windstar brings you to Stella Croatica Ethno Village, a family-run producer of traditional Dalmatian delicacies such as arancini (stuffed rice balls), sugared almonds, prune cake, fig cake, and prune jam.

In Livade, a village on the Istra Peninsula known for its truffles, you can enjoy a truffle lunch and sample Istrian wine. Outside of Dubrovnik, you can visit the village of Komaji and taste the wines of the legendary Crvik family. All along the coast, fresh seafood rules, with such local specialties such as Dalmatian octopus salad or black risotto made with squid.

Croatia is about much more than history, with vigorous adventure offerings. You can go rafting outside of Split on the Cetina River, past cliffs and waterfalls, on Class I and II rapids. Kayak the Dalmatian Coast and explore Lokrum Island and its 12th century Benedictine monastery. Or take to two wheels and discover the Parenzana Biking Trail through the Istrian landscape.

The Essence of Croatia

The entire Croatian coastline is memorable, from the beaches on the island of Korcula to the glitzy party scene in the 13th century island town of Hvar to the elegant seaside resort towns such as Opatija, which has been welcoming visitors since 1844.

It has a nearly 8-mile-long promenade known as Lungomare, which is Old Europe personified, a place of fountains, Belle Époque villas, and manicured beaches.

There are also towns like Rovinj, a romantic place renowned for its leather goods. On Pag Island, you can learn about the so-called “white gold,“ or traditional lace, that’s made there and celebrated in the Pag Lace Museum. Simply lingering in the late afternoon at Buza Café, a cliffside bar in Dubrovnik overlooking the shimmering Adriatic Sea, is a good way to experience the essence of Croatia.

Windstar has three carefully curated itineraries that explore Croatia. On the Classic Italy & Dalmatian Coast voyage, Windstar offers a chance to explore Italian-flavored Rovinj, which was ruled by Venetians for more than 500 years. It’s the Roman amphitheater, the Byzantine artwork and the UNESCO World Heritage Site of Plitvice Lakes that makes a stop in the city of Zadar so memorable on Marvels of the Croatian Coast & Greece. Exploring the Diocletian Palace in Split, walking through Dubrovnik’s Old Town and visiting the island of Mljet, where Odysseus met the nymph Calypso on Quintessential Croatia is a chance to experience your own Adriatic odyssey. For more information contact your travel professional or Windstar Cruises.

Everett Potter is the editor-in-chief and publisher of Everett Potter’s Travel Report, a weekly news blog for smart travelers in search of value. He is also a travel columnist for USA TODAY and contributes to ForbesLife, Robb Report, and many other publications.

I have been wanting to sail on Wind Star, the Adriatic Croatian coast for a long time!!